Invertebrates are animals that don't have a backbone. Some have soft bodies, like worms, slugs and jellyfish. Other invertebrates, like insects, spiders and crustaceans, have a hard outer casing called an exoskeleton. This protects their body a bit like a suit of armour.

Insects are creatures that have bodies with three segments that are protected by a hard shell. They have three pairs of legs and a pair of antennae. Most insects have two pairs of wings

Arthropods are animals that have a hard outside covering called an exoskeleton. ... Insects, crustaceans, and arachnids are three of the largest arthropod groups. Arachnids include spiders and mites.

An invertebrate which includes snails, slugs, mussels, and octopuses. They have a soft unsegmented body and live in aquatic or damp habitats, and most kinds have an external calcareous shell. 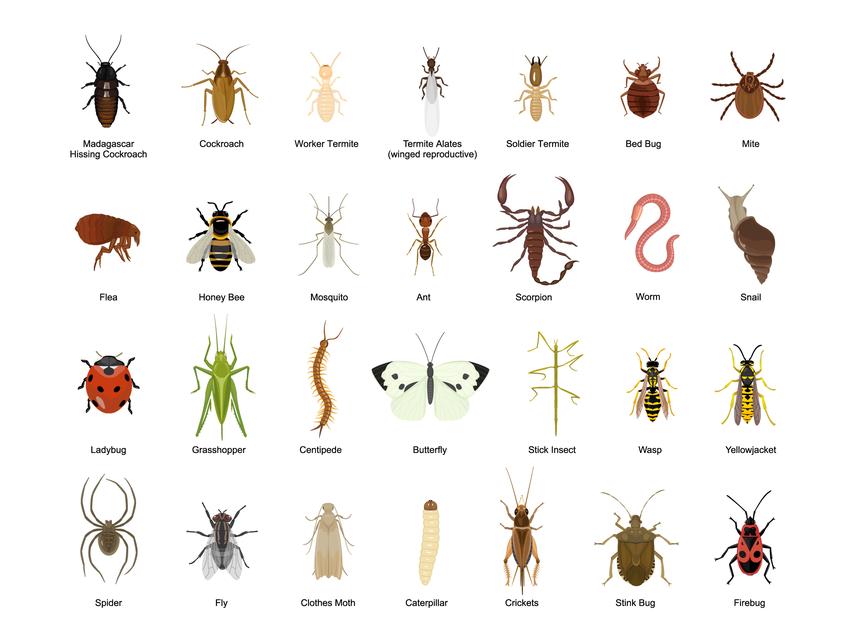