What were the Egyptian pyramids?

In Ancient Egypt the pyramids were impressive structures used as tombs for the burial of pharaohs (Rulers - Kings and Queens), alongside their greatest treasures.  The pyramids were built during the time of the Old Kingdom, but pyramid building fell out of fashion after that because the structures were too costly to build and it became too easy for robbers to know where precious grave goods were buried. Some of the pyramids have survived for thousands of years and provide important clues about life in Ancient Egypt. 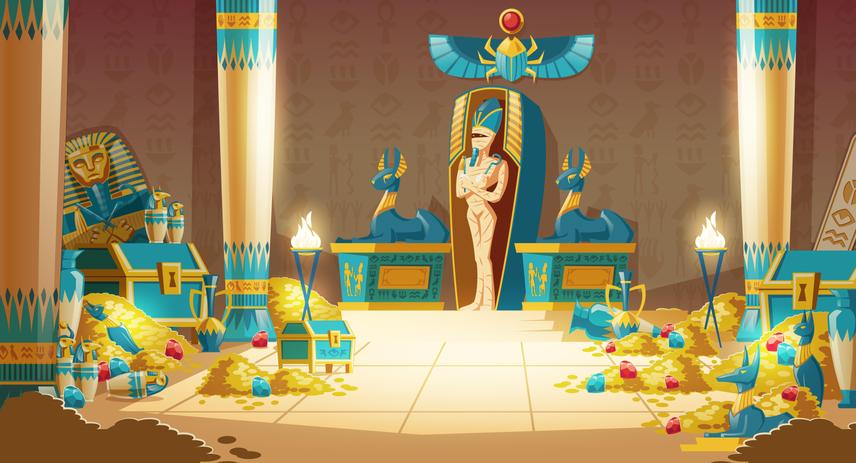 Earlier pyramids were called Step Pyramids and were made of a series of ledges that look like steps. Later they had flatter sides. As well as human guards standing around the pyramids, the pyramids in Giza were also guarded by the Great Sphinx, an enormous lion-like creature with a human face carved from rock. 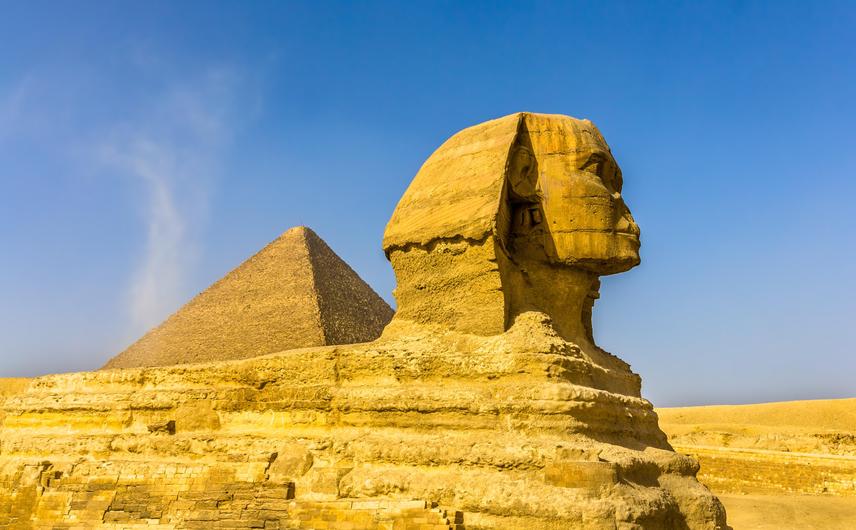 What would you see inside a pyramid?

The pyramids were very large and filled with many rooms, courtyards and passageways on the inside. Deep at the heart of each pyramid there was the royal burial chamber in which the mummified pharaoh would have been placed along with his great treasures. The Ancient Egyptians believed that the Pharaoh would be able to take his treasures with him to the afterlife. The inner walls would have been decorated with hieroglyphics making up stories and prayers. There would also have been extra rooms for the king’s servants and family to be buried. 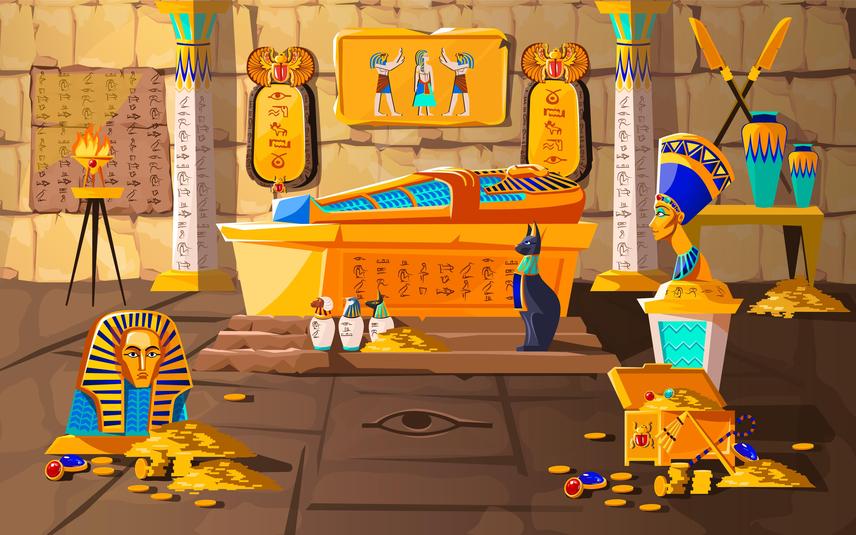 The pyramids were hard to build. While they were being constructed, cities emerged around the base of the pyramids where the workers and their families could settle and find shelter and food. Even after the construction work was completed, many of the cities continued to flourish. The pyramids were built to the west of the River Nile, because building by a river meant that heavy blocks could be easily transported towards the pyramids along the river. 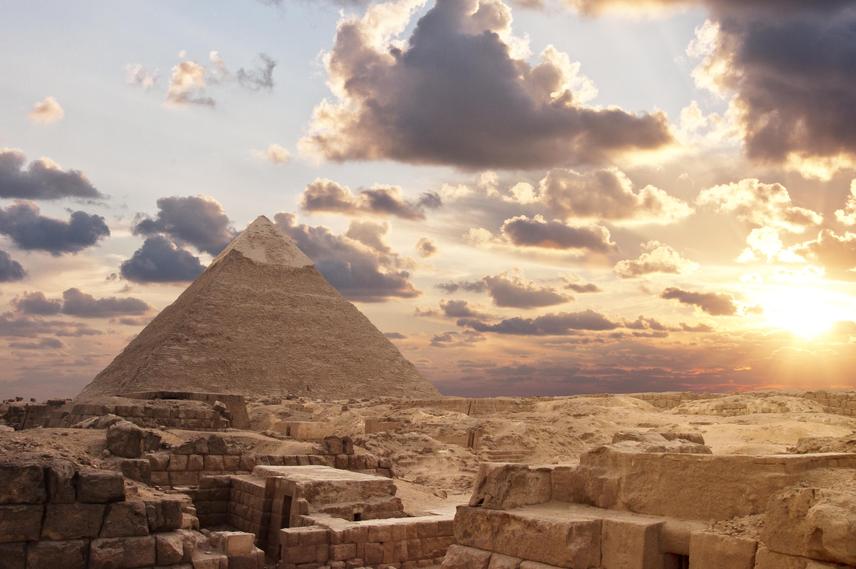